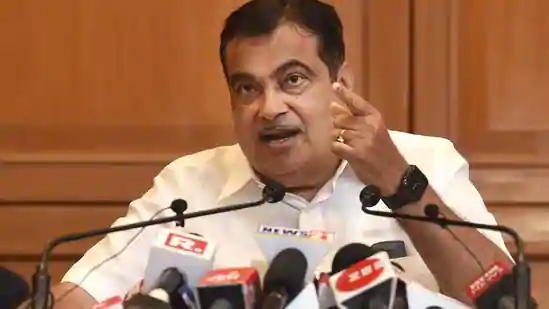 According to Union Transport Minister Nitin Gadkari, once completed, the Delhi-Mumbai Expressway will ease the current traffic load on the Pune-Mumbai Expressway, after reviewing various road projects in Pune and western Maharashtra.
Addressing a press conference after inspecting the under-construction multi-level flyover project at Chandni Chowk in Pune, Gadkari said he had instructed officials concerned, contractors and local civic bodies to prepare a plan to ensure that the work gets completed during the next one year.
The BJP MP also reiterated that motorists would have to pay road tax if they need "good services".
The minister told the press that, the Delhi-Mumbai Expressway work is going on. (Once completed), it will ease the traffic load on Pune-Mumbai Expressway as a bulk of traffic between northern and southern states currently pass through the Mumbai-Pune expressway.
The Delhi Mumbai Expressway is a proposed 1,250-km long controlled-access highway connecting the national capital with the commercial capital of the country.
Gadkari said the main reason behind heavy traffic on the Pune-Mumbai expressway is that vehicles coming from northern states pass through this highway to travel further towards southern states.
Gadkari also said once the Delhi-Mumbai Expressway reaches Surat in Gujarat, the south-bound traffic can be diverted using a new alignment (Surat - Nashik - Ahmednagar- Solapur).
This will ease the traffic load on Pune-Mumbai Expressway and other highways, and also bring down vehicular pollution, he added.
Similar Posts